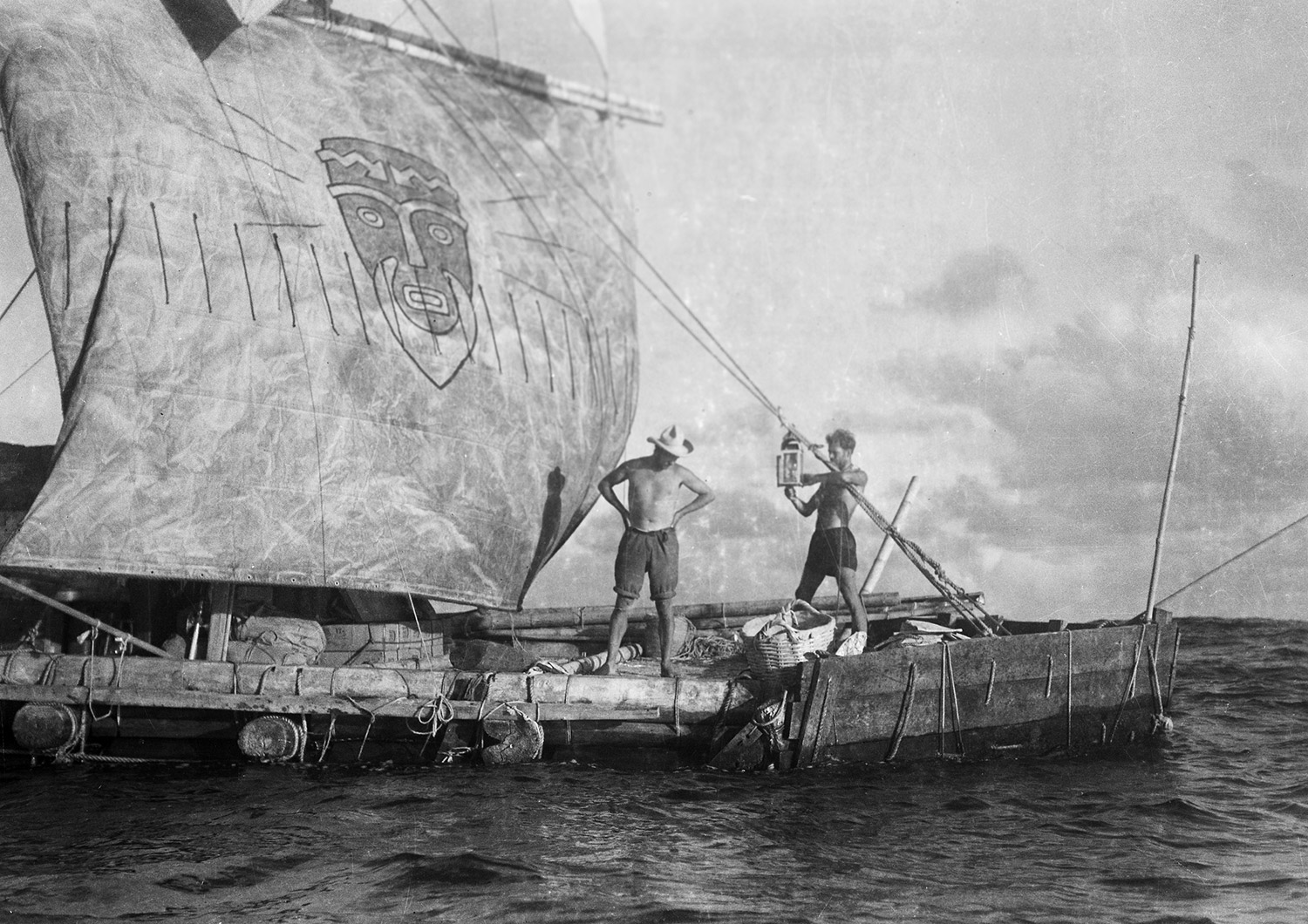 „A little story about Discovery, Team and Leadership“

In 1947, a team of six men and a parrot set out on a long, unknown and uncertain journey across the Pacific – from Peru to the Polynesian Islands.

Thor Heyerdahl, an explorer and zoologist born in Norway in 1914, had developed a theory of the discovery of the Polynesian islands from the west, South America, that fundamentally contradicted the scientific findings at that time.

Because of his conviction and the rejection of his theses by the scientific world at that time, he decided to set out with a small team of the most diverse personalities to prove that the indigenous peoples had mastered the long sea route from Peru to Polynesia with the simplest of means.

With a raft made of balsa wood, named like an ancient sun god of the indigenous peoples – equipped with a small hut, a rudder, a sail mast and huge quantities of coconuts – he and his five companions set sail on 28 April 1947.

After 101 days on the Pacific, the team reached the polynesian shores with their balsa raft, the „Kon-Tiki“.

So, what can we learn from the story of Thor Heydahl, Knut Haugland, Bengt Danielsson, Herman Watzinger, Torstein Raaby and Erik Hesselberg for Team & Leadership? 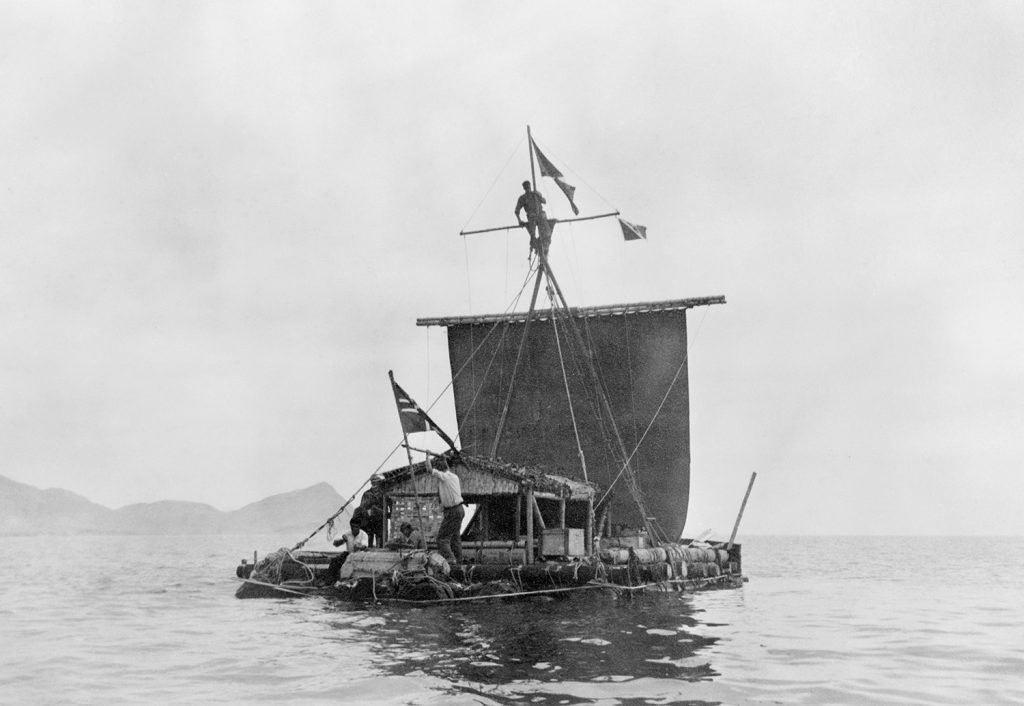 An expedition needs more than just a plan, the financial means to realize it and a scientific basis.

It’s more about the people, the leader and the team, who strives to achieve the certain goal of the discovery journey. So, what should we focus for our expeditions by looking on Thor Heyerdahls story?

An expedition or a project that is to be successful in the end needs not only a goal and the knowledge of how to get there, but rather the reason why we do what we do. Thor Heyerdahl had a theory that was plausible and comprehensible to him. He was convinced of it and thus united a strong team behind him and his idea.

„A why helps us to see the deeper meaning in what we do and from that we generate strength, perseverance and a strong team cohesion.“

At the beginning of their journey, there was a vision to achieve the goal. The team did not know what to expect along the way. However, the vision and the conviction behind it were so strong that you embarked on this venture to make the vision a reality.

„Without a vision, we often lack the compass to derive clear decision, goals and our course of action. A vision gives teams and leaders direction and a sense of possible paths.“ 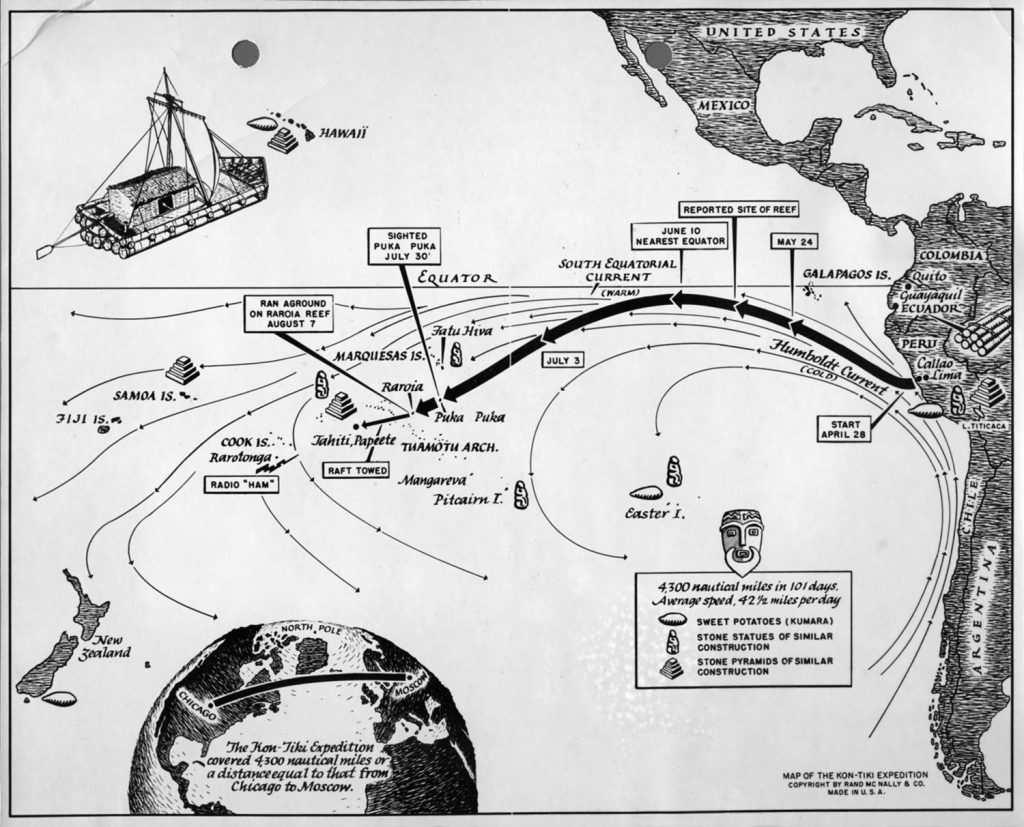 The team trusted each other one hundred percent. This circumstance made the expedition with the Kon-Tiki possible in the first place and made it a success in the end. In challenging situations, mutual trust is key to achieving common goals.

„Trust is the distinguishing factor between a group of people and a team. Trust in the abilities of each individual in the team is the basis for everyone to rely on each other. Trust is not to be equated with harmony at this point, but on the other hand requires empathy and understanding in behaviour, openness and honesty in communication and discourse. The basis for trust is the individual’s assumption that everyone in the team means well for each other.

Only a trusting basis generates the willingness to take risks in the team and thus to take the next step beyond the horizon.“

Thor Heyerdahl was convinced of his theory. His belief in the „cause“ infected his companions, awakened their spirit of discovery and made them also believe in the success of the expedition.

„‚Faith moves mountains‘ is often quoted from various sources. Who, if not the team lead – the leader itself, should believe above all in the visions and goals that we set for ourselves or that are often set for us. With the belief in a goal and the healthy conviction that goals can be achieved the spark can be lit on a team.“

Were Thor and his team courageous? Certainly, they were – anyone who embarks on such an expedition shows great courage. After all, they did not know what really awaited them on the high seas on their raft, with no assured experience around the behaviour of their vehicle in waves and wind, over a distance of about 4.300 nautical miles and dark shoals. It should also be mentioned at this point that Thor and Herman were true landlubbers, unable to swim at all.

„How often do we, as a team or as leaders, find ourselves at crossroads on our way, knowing full well that one of the paths leads over known, familiar terrain and the other path is not visible, difficult to access and winding. But our gut feeling tells us quite clearly that we cannot reach our goal via the familiar, well-trodden paths and that the other path is the best choice at the moment. The decision to take the first step on this new path requires courage and determination. And before each bend in the path, whose further course we cannot see, we may make the next decision. And with each new decision we take potential risks for which we need more courage. But without these decisions and the willingness to take risks, we will not know where the path will lead us, what lies beyond the horizon. One of the outstanding qualities of leaders is to model courage and encourage their team to try and decide.“ 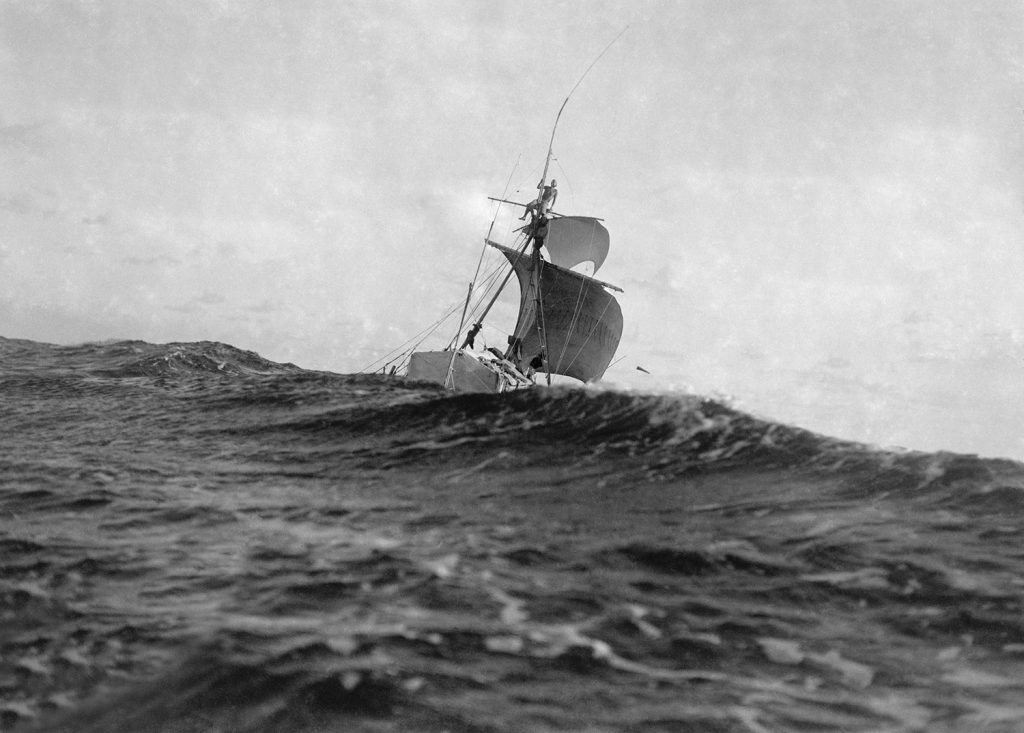 Thor has put together his team from a various characters that he has come to know and appreciate in the course of his life. All team members had special skills that he considered essential for this expedition. One thing they all had in common, however, was the appeal of expeditions and the irrepressible will to take risks for their faith. However, Thor had made sure that, apart from Erik, who knew how to use a sextant, there was no trained seaman or sailor on the team. He didn’t want it to be implied afterwards that the expedition would only succeed because he had brought the best seamen on board. His intention was to make it through the voyage unprejudiced and without any deeper knowledge of the Pacific sea, as he had assumed the indigenous peoples did on their journey. He had, however, selected personalities for all other matters who would enrich the expedition with their skills.

„Different personalities always bring different skills and abilities with them, which we may bring into the team as leaders or from the team spirit perspective. These are not always learned skills, rather we may also pay attention to so-called soft skills, such as humour, the ability to listen, the ability to translate perspectives and feelings or simply being. But in the end, giving the right people the right tasks is an essential skill of any leader.“

🌊 Question the status-quo and stay curious

Thor Heyerdahl and his team have not resigned themselves to the findings of science. Evidence-based confirmations of established theories were not desired or accepted at that time – such an approach frowned upon in the academic environment. However, the team did not let this dissuade them from the idea and belief in their expedition. From researching the basics, to building the raft, to travelling to the other side of the Pacific, to landing on the beach in Polynesia, they have stayed true to their vision.

„As a team and a leader, we are always confronted with new perspectives in organisations and projects or know deep in our hearts that we need to focus on new ways to move forward. Innovation, competition and the tasks at hand literally demand a movement in this direction. An open mindset, curiosity about the unknown and recognising as well as embracing new perspectives has become essential to our daily challenges. As leaders, we get to foster a climate of openness and free thinking and always remind our teams to free their minds.“

If you want to learn more about Thor Heyerdahls Expedition, other explorers like Roald Amundsen, Edmund Hillary, Tenzing Norgay and what you can learn from their stories for your team & leadership just drop me a message.

What’s your opinion on this? What are your experiences?

If you want to please leave a comment to discuss on, looking forward:-)

If you have some questions or a need we should talk about just give me a call or arrange an appointment with me:

Where to find me on Social Media: 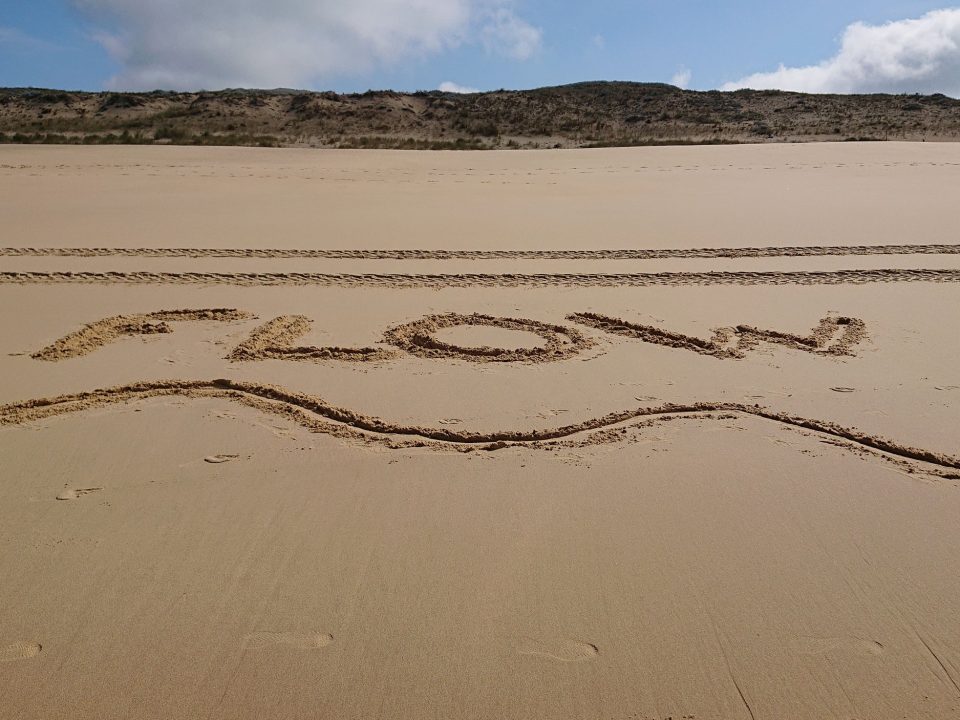 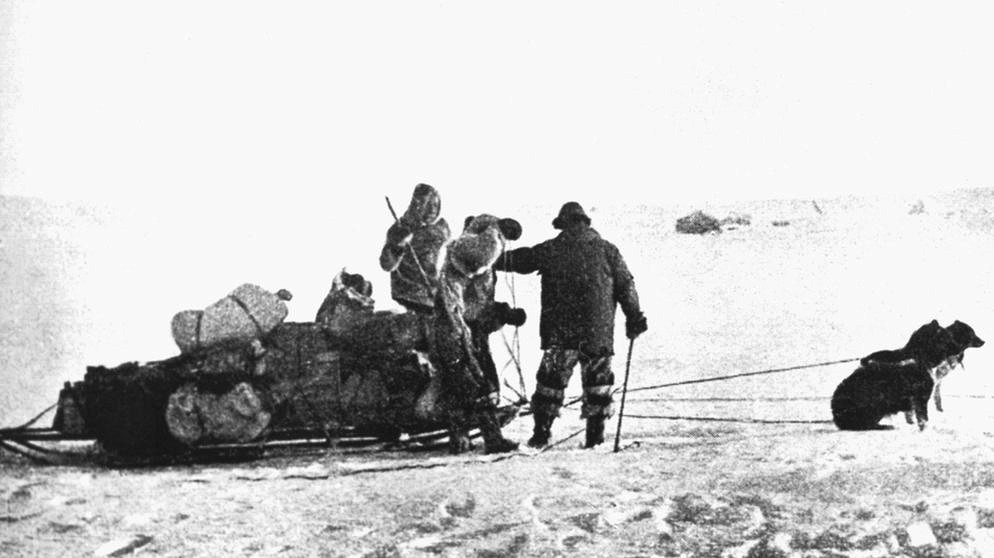 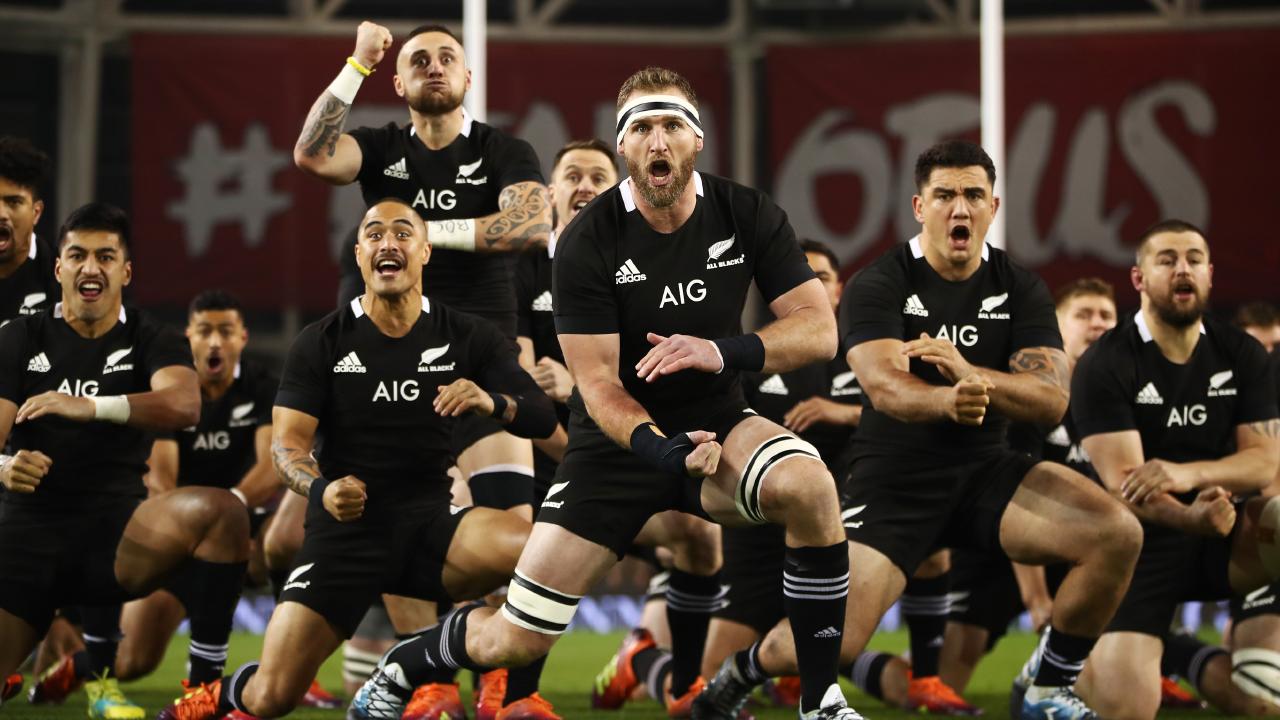